About Legacy At Oak Meadows

Legacy At Oak Meadows Is More Than Just A Venue

This Is Where Your Legacy Begins

Get To Know Your Venue And Hosts For Your Special Day

How Legacy At Oak Meadows Came To Be.

We never set out to be venue owners. God had placed it within our journey. We own a tree farm, growing trees, shrubs and grasses and we have a herd of cattle. Chad had his eye on the beautiful piece of land the venue now sits on. It has a field of “in ground” magnolia trees that is now part of our inventory for our tree farm business (Legacy Farms and Ornamentals, LLC). Someone who was building a pole barn for us at the time, asked if we had considered building a venue since it was such a beautiful piece of property. That was a seed planted, and our minds were filled with what the venue would be. We began looking into barn venues, as well as the details involved in building one. Through much research and many conversations with key people (including God), it wasn’t long and we were on a plane to Texas to look at an event barn (and ended up looking at two). We came back with a vision for the property and the barn is just part of it!

Chad comes from a background of farming and ranching. Alongside his Papa, he grew up working cattle, cabbage and hay fields and the family owned fern business. At one point, Chad was active in rodeo and after graduating high school, he helped manage his grandfather’s fern business, working with the migrant workers at times and learning Spanish to better communicate with them. In his twenties, he left the family business and went to work at Sea Ray building boats for two years. From there, he went on to work at Skinner’s Wholesale Nurseries, where he worked his way up from overseeing the loading dock, to a top salesman. After about 13 years, Chad and Tera went on to open their own wholesale distribution business, brokering landscape material. A few years later, they purchased 28 acres that had once been a tree farm/nursery. After extensive renovations, they had their first tree farm, with two rental properties. From there, they went on to purchase more land, thus growing their operation!v

Tera comes from a background of farming and agriculture. She grew up working at her parent’s custom slaughter plant, where clients brought in livestock for processing and wrapping. She was also hands on with her hog operation, where she raised pigs to sell to locals. She grew up playing softball for her high school, rodeoing, competing around the state and very active in FFA. She attended Daytona Beach Community College, where she obtained a degree in business administration and management. She ultimately became a buyer for the Central FL Fern Co-Op, where she worked 13 years, before stepping away to work in a church office part-time, so that she could be at home more with her and Chad’s children. After about 3 years, she came “home” to work the tree business with Chad, and the rest is history!

Love. Love is action and not just a feeling. Feelings can be fickle, and come and go like seasons of the year and seasons of life. Ground yourselves in the Word of God, which is Truth. Get connected to a community of believers. There. Is. No. Plan. B. You entered into a covenant with God and your vows were intentional.

Don’t be too prideful to rely on Godly counseling. Counseling has gotten such a bad stigma, but it is so necessary and beneficial. Whether talking about pre-marital counseling, crisis counseling or counseling to help you through seasons of life, It. Is. Good.
Be adamant in preferring each other over “yourselves” and diligent in not going to bed angry at each other. COMMUNICATE with each other, so that you seek to understand. Listen to each other’s needs and be intentional in meeting those needs.

Men and women truly are “wired” differently. Take time to educate yourselves on these differences. There’s a lot of info. on this, like Gary Chapman’s “The Five Love Languages” and Emerson Eggerichs’ “Love & Respect”.

What “Legacy” Means To Chad & Tera

Legacy is not just what you leave behind, but it’s really about what you set in motion during your lifetime, that will live on through the people you impart it to. As your lives are about to become one, know that how you live your lives, truly matters! It’s not just about people remembering you years from now. It’s about the effect your life actions will continue to have on others 50, 75 and even 100 years (or more) down the road. It’s about YOUR future generations! And it’s not only about your children and grandchildren, but the world they will live in! It’s our desire to help nurture a legacy that includes strong marriages and family ties. 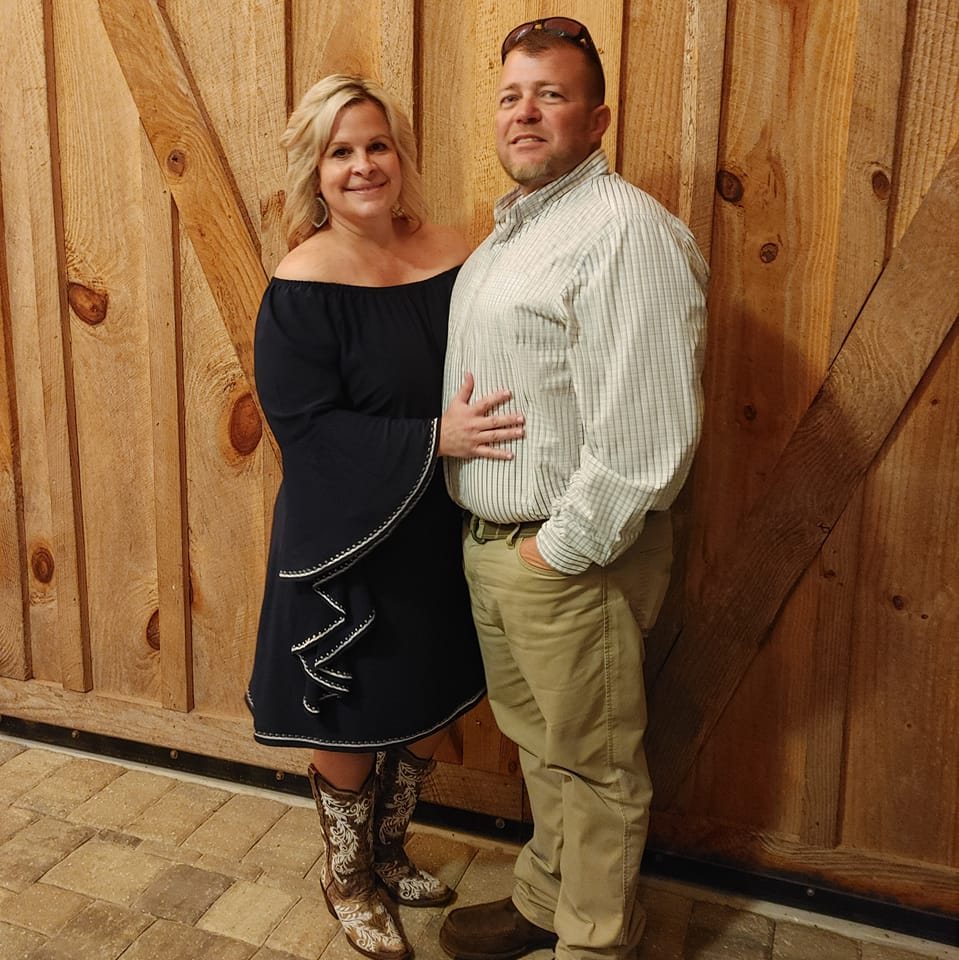 -The venue is located on a 300 acre farm

Legacy at Oak Meadows is absolute perfection!  The moment I stepped out of the car for my first visit, I knew instantly that it was where I wanted to marry the love of my life. There are no words to adequately describe the beauty of the land at Legacy. From the outdoor ceremony space encompassed in mature trees, to the gorgeous pond and spacious outdoor open-air Sawgrass Barn, to the perfect Magnolia grove, to the amazing luxurious yet rustic White Barn, every square inch of this property is perfect.  Combine that with gracious, professional and dedicated owners, Tera and Chad McNaughton, and you have the right mix for your dream day.  I cannot begin to describe how wonderful the wedding planning experience was because of Tera and Chad.  They are the salt of the earth.  Not only did we get to host our dream wedding at Legacy, we made new friends.

Whether you are hosting an extravagant affair (I think Tera said the White Barn holds more that 250 people) or an intimate get-together (we had about 50 guests), Legacy at Oak Meadows is the only choice.
Oh!  And this location is awesome for your vendor teams. Lots of space, connectivity, a gorgeous bridal bungalow to get pampered in and so much more!

Send us a message or call us. We look forward to connecting with you.

Farming and agriculture is ingrained within Legacy at Oak Meadows. It is not what we do, but who we are. We are fourth generation farmers that have found a way to bring together celebrations, agriculture, and Christ on one beautiful property.

Here at Legacy, we hold a deeply rooted faith that marriage is a covenant between one man, one woman and God.

Legacy supports a few organizations that hold these same beliefs in tradition marriage and the importance of the nuclear family in society.

Gen. 2:24 “Therefore a man shall leave his father and his mother and hold fast to his wife, and they shall become one flesh.”

We’ve been together since our teens, married in our twenties and just celebrated our 25th Wedding Anniversary! If there’s one thing we’ve learned through the years, it’s that “Soul mates aren’t found. They’re formed in the trenches of marriage”.